Despite the loud busking music, arcade lights and swarms of people, it was hard to be distracted from the corner street stall serving steaming cupfuls of tteokbokki — a medley of rice cake and fish cake covered in a concoction of hot sweet sauce. I gulped when I felt my friend tugging on the sleeve of my jacket, anticipating that he wanted to try it. After all, I promised to treat him out if he visited me in Korea over winter break.

The cups of tteokbokki, garnished with sesame leaves and tempura, was a high-end variant of the street food, nothing like the kind from my childhood. Its price of 3,500 Korean won was also nothing like I recalled, either, simply charged more for being sold on a busy street. If I denied the purchase, I could console my friend and brother by purchasing more substantial meals elsewhere. Or we could spend on overpriced food now to indulge in the immediate gratification of a convenient but ephemeral snack.

At every seemingly inconsequential expenditure, I weigh the pros and cons of possible purchases as if I held my entire fate in my hands. To be generously hospitable, but recklessly drain the travel allowance we needed to stretch across two weeks? Or to be budgetarily shrewd, but possibly risk being classified as stingy? That is the question, and a calculus I so dearly detest.

Unable to secure subsequent employment and saddled by alimony complications, there was no room in my dad’s household to be embarrassed by austerity or scraping for crumbs. Ever since I was taught to dilute shampoo with water, I’ve revised my formula to reduce irritation to the eye. Every visit to a fast-food chain included asking for a sheet of discount coupons — the parameters of all future menu choice — and a past receipt containing the code of a completed survey to redeem for a free cheeseburger. Exploiting combinations of multiple promotions to maximize savings at such establishments felt as thrilling as cracking war cryptography, critical for minimizing cash casualties.

However, while disciplined restriction of expenses may be virtuous in private, at outings, even those amongst friends, spending less — when it comes to status — paradoxically costs more. In Asian family-style eating customs, a dish ordered is typically available to everyone, and the total bill, regardless of what you did or did not consume, is divided evenly. Too ashamed to ask for myself to be excluded from paying for dishes I did not order or partake in, I’ve opted out of invitations to meals altogether. I am wary even of meals where the inviting host has offered to treat everyone, fearful that if I only attended “free meals” I would be pinned as a parasite.

Although I can now conduct t-tests to extract correlations between multiple variables, calculate marginal propensities to import and assess whether a developing country elsewhere in the world is at risk of becoming stuck in the middle-income trap, my day-to-day decisions still revolve around elementary arithmetic. I feel haunted, cursed by the compulsion to diligently subtract pennies from purchases hoping it will eventually pile up into a mere dollar, as if the slightest misjudgment in a single buy would tip my family’s balance sheet into irrecoverable poverty.

Will I ever stop stressing over overspending?

I’m not sure I ever will.

But I do know this. As I handed over 7,000 won in exchange for two cups of tteokbokki to share amongst the three of us — my friend, my brother and myself — I am reminded that even if we are not swimming in splendor, we can still uphold our dignity through the generosity of sharing. Restricting one’s conscience only around ruminating which roads will lead to riches risks blindness toward rarer wealth: friends and family who do not measure one’s worth based on their net worth. Maybe one day, such rigorous monitoring of financial activity won’t be necessary, but even if not, this is still enough.

My mom finds a baffling delight from drinking from glass, hotel-grade water dispensers. Even when three-day-old lemon rinds float in stale water, drinking from the dispenser remains luxurious. Last year for her birthday, I saved enough to buy a water dispenser for our kitchen counter. However, instead of water, I filled it with handwritten notes encouraging her to chase her dreams of a career.

As I grew older, I noticed that my mom yearned to pursue her passions and to make her own money. She spent years as a stay-at-home mom and limited our household chores as much as she could, taking the burden upon herself so that my brothers and I could focus on our education. However, I could tell from her curiosity of and attitudes toward working women that she envied their financial freedom and the self-esteem that must come with it. When I asked her about working again, she would tell me to focus on achieving the American dream that I knew she had once dreamed for herself.

For years, I watched her effortlessly light up conversations with both strangers and family. Her empathy and ability to understand the needs, wants and struggles of a diverse group of people empowered her to reach the hearts of every person at a dinner table, even when the story itself did not apply to them at all. She could make anyone laugh, and I wanted her to be paid for it. “Mom, have you ever thought about being a stand-up comedian?”

She laughed at the idea, but then she started wondering aloud about what she would joke about and how comedy shows were booked. As she began dreaming of a comedy career, the reality of her current life as a stay-at-home mom sank in. She began to cry and told me it was too late for her. I could not bear to watch her struggle between ambition and doubt.

Her birthday was coming up. Although I had already bought her a present, I realized what I actually wanted to give her was the strength to finally put herself first and to take a chance. I placed little notes of encouragement inside the water dispenser. I asked my family and her closest friends to do the same. These friends told her other friends, and eventually I had grown a network of supporters who emailed me their admiration for my mom. From these emails, I hand wrote 146 notes, crediting all of these supporters that also believed in my mom. Some provided me with sentences, others with five-paragraph-long essays. Yet, each note was an iteration of the same sentiment: “You are hilarious, full of life, and ready to take on the stage.”

On the day of her birthday, my mom unwrapped my oddly shaped present and saw the water dispenser I bought her. She was not surprised, as she had hinted at it for many years. But then as she kept unwrapping, she saw that inside the dispenser there were these little notes that filled the whole thing. As she kept picking out and reading the notes, I could tell she was starting to believe what they said. She started to weep with her hands full of notes. She could not believe the support was real, that everyone knew she had a special gift and believed in her.

Within two months, my mom performed her first set in a New York comedy club. Within a year, my mom booked a monthly headlining show at the nation’s premier comedy club.

I am not sure what happened to the water dispenser. But I have read the notes with my mom countless times. They are framed and line the walls of her new office space that she rented with the profits she made from working as a professional comedian. For many parents, their children’s careers are their greatest accomplishment, but for me my mom’s is mine.

“Pull down your mask, sweetheart, so I can see that pretty smile.”

I returned a well-practiced smile with just my eyes, as the eight guys started their sixth bottle of Brunello di Montalcino. Their carefree banter bordered on heckling. Ignoring their comments, I stacked dishes heavy with half-eaten rib-eye steaks and truffle risotto. As I brought their plates to the dish pit, I warned my female co-workers about the increasingly drunken rowdiness at Table 44.

This was not the first time I’d felt uncomfortable at work. When I initially presented my résumé to the restaurant manager, he scanned me up and down, barely glancing at the piece of paper. “Well, you’ve got no restaurant experience, but you know, you package well. When can you start?” I felt his eyes burn through me. That’s it? No pretense of a proper interview? “Great,” I said, thrilled at the prospect of earning good money. At the same time, reduced to the way I “package,” I felt degraded.

I thought back to my impassioned feminist speech that won the eighth-grade speech contest. I lingered on the moments that, as the leader of my high school’s F-Word Club, I had redefined feminism for my friends who initially rejected the word as radical. But in these instances, I realized how my notions of equality had been somewhat theoretical — a passion inspired by the words of Malala and R.B.G. — but not yet lived or compromised.

The restaurant has become my real-world classroom, the pecking order transparent and immutable. All the managers, the decision makers, are men. They set the schedules, determine the tip pool, hire pretty young women to serve and hostess, and brazenly berate those below them. The V.I.P. customers are overwhelmingly men, the high rollers who drop thousands of dollars on drinks, and feel entitled to palm me, a 17-year-old, their phone numbers rolled inside a wad of cash.

Angry customers, furious they had mistakenly received penne instead of pane, initially rattled me. I have since learned to assuage and soothe. I’ve developed the confidence to be firm with those who won’t wear a mask or are breathtakingly rude. I take pride in controlling my tables, working 13-hour shifts and earning my own money. At the same time, I’ve struggled to navigate the boundaries of what to accept and where to draw the line. When a staff member continued to inappropriately touch me, I had to summon the courage to address the issue with my male supervisor. Then, it took weeks for the harasser to get fired, only to return to his job a few days later.

When I received my first paycheck, accompanied by a stack of cash tips, I questioned the compromises I was making. In this physical and mental space, I searched for my identity. It was simple to explore gender roles in a classroom or through complex characters in a Kate Chopin novel. My heroes, trailblazing women such as Simone de Beauvoir and Gloria Steinem, had paved the road for me. In my textbooks, their crusading is history. But the intense Saturday night crucible of the restaurant, with all the unwanted phone numbers, catcalls and wandering hands, jolted me into an unavoidable reckoning with feminism in a professional world.

Often, I’ve felt shame; shame that I wasn’t as vocal as my heroes; shame that I feigned smiles and silently pocketed the cash handed to me. Yet, these experiences have been a catalyst for personal and intellectual growth. I am learning how to set boundaries and to use my professional skills as a means of empowerment.

Constantly re-evaluating my definition of feminism, I am inspired to dive deeply into gender studies and philosophy to better pursue social justice. I want to use politics as a forum for activism. Like my female icons, I want to stop the burden of sexism from falling on young women. In this way, I will smile fully — for myself. 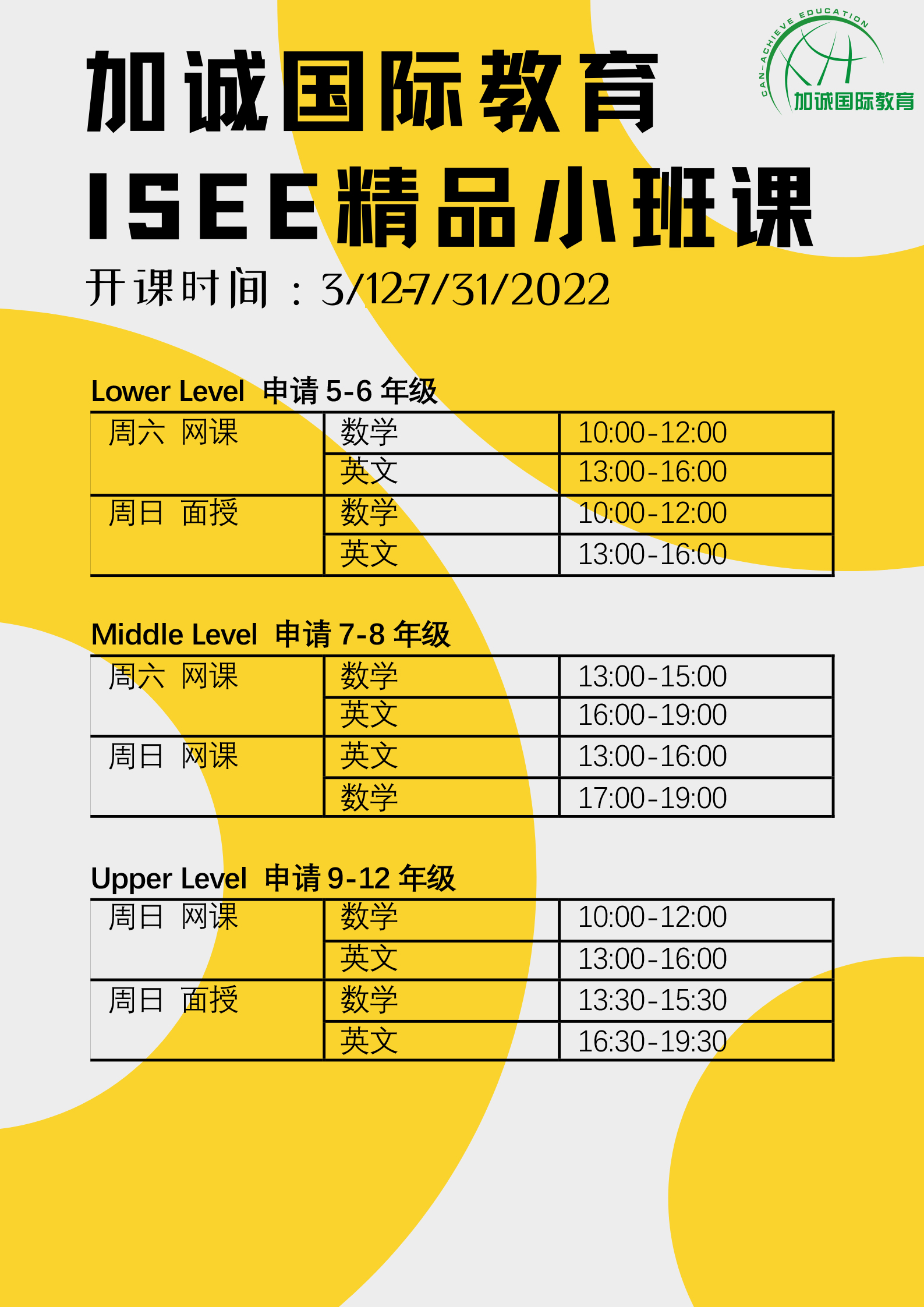 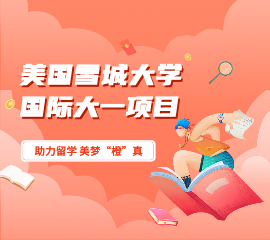